Q.1. Let AOB be a given angle less than

. Show, with proof, how to construct, using only ruler and compass, a line segment CD passing through P such that C lies on the way OA and D lies on the ray OB, and CP:PD=1:2. 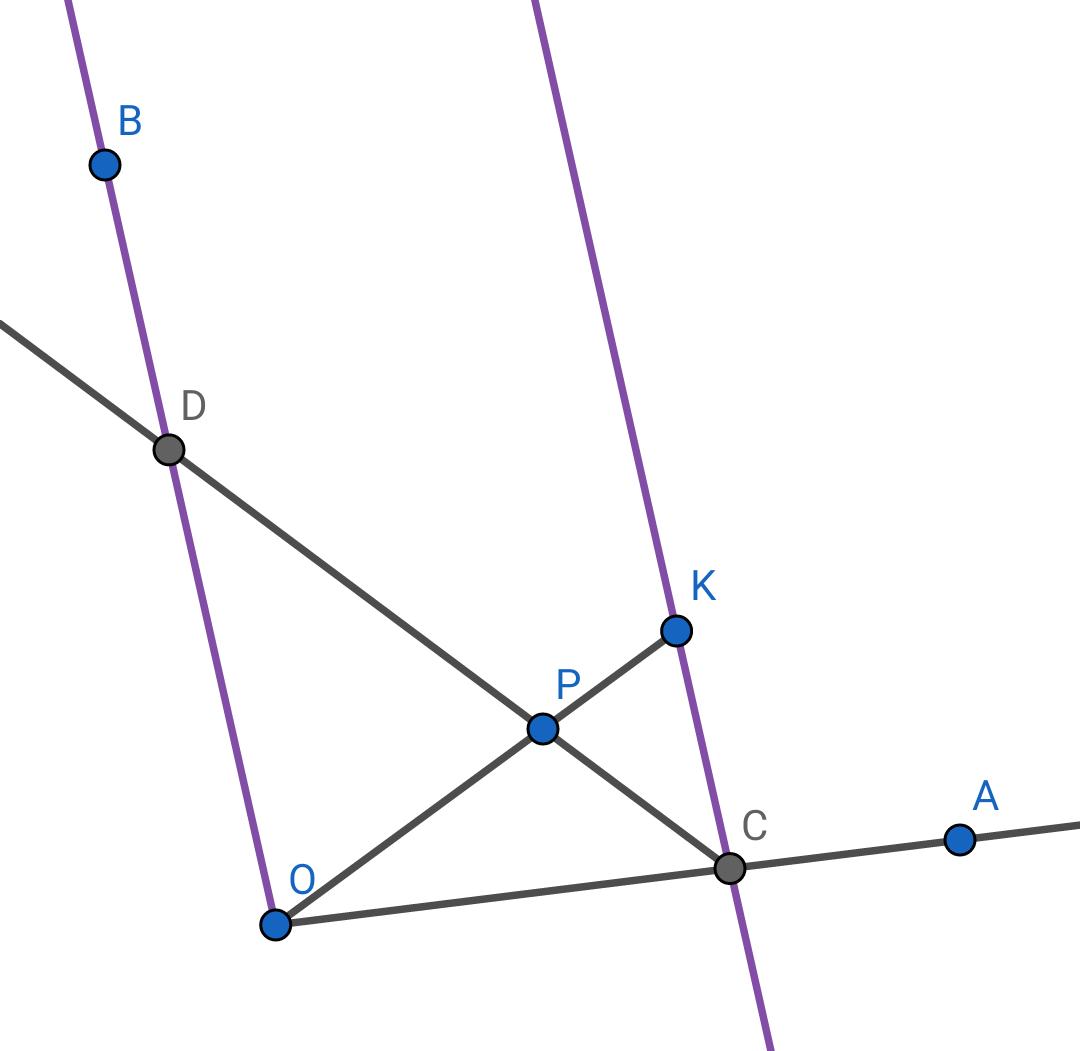 Analysis: Draw a line parallel to OB through C. Let it intersect OP (extended) at K.

are similar which implies

Construction: Choose K on extended OP such that OP : PK=2:1. Draw a line parallel to OB through K. It will intersect OA at C (required). Then CP will cut OB at D (required).

be a circle with a chord AB which is not a diameter.

and the line FE intersects

. Prove that XY is a diameter of 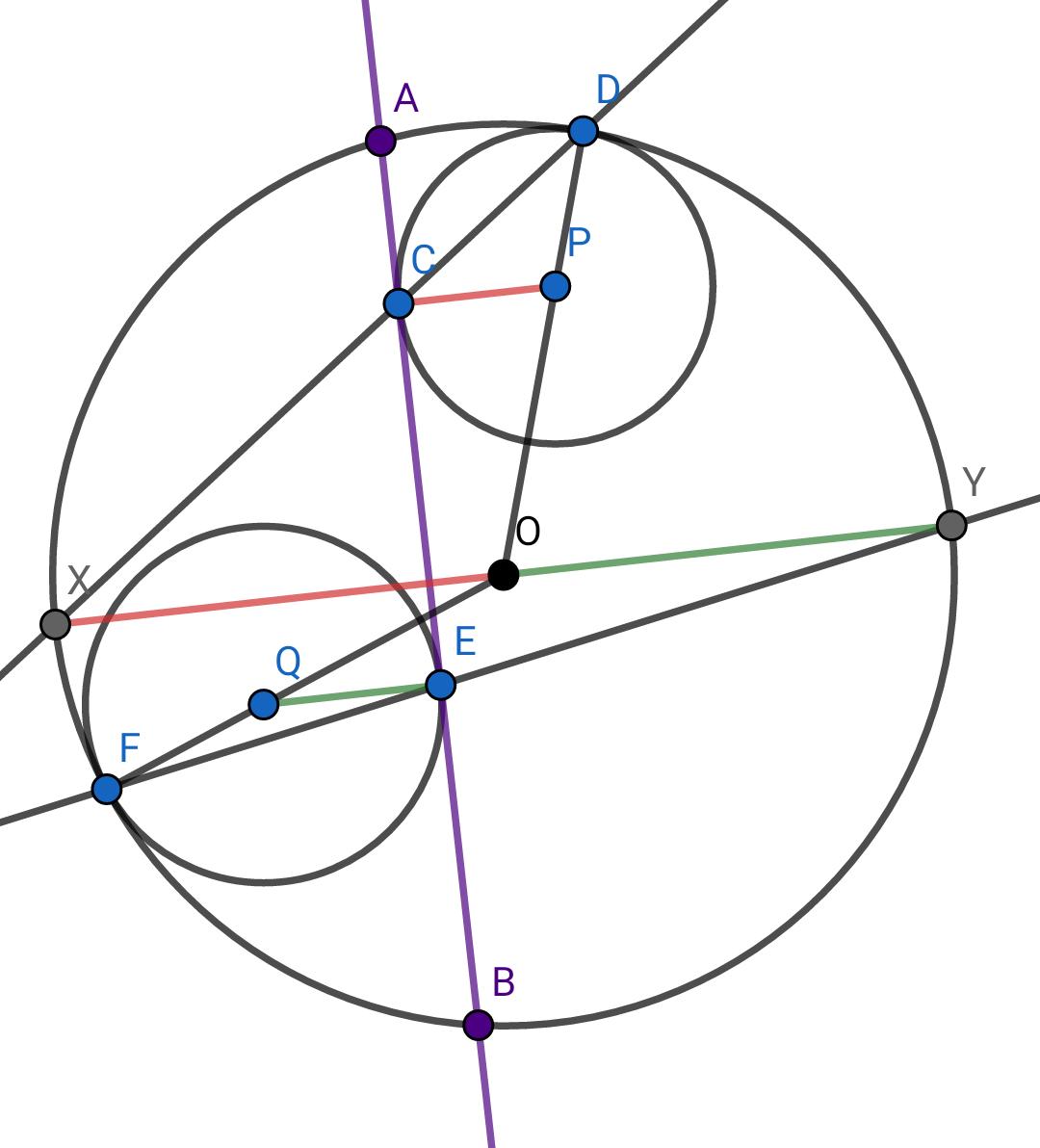 Label the centres as P and Q, as shown in the figure. Let O be the centre of the main circle.

View all posts by Aditya Ghosh

4 thoughts on “Geometry Problems of RMO’17”

To the Readers of our Blog

An initiative by ISI and CMI Students